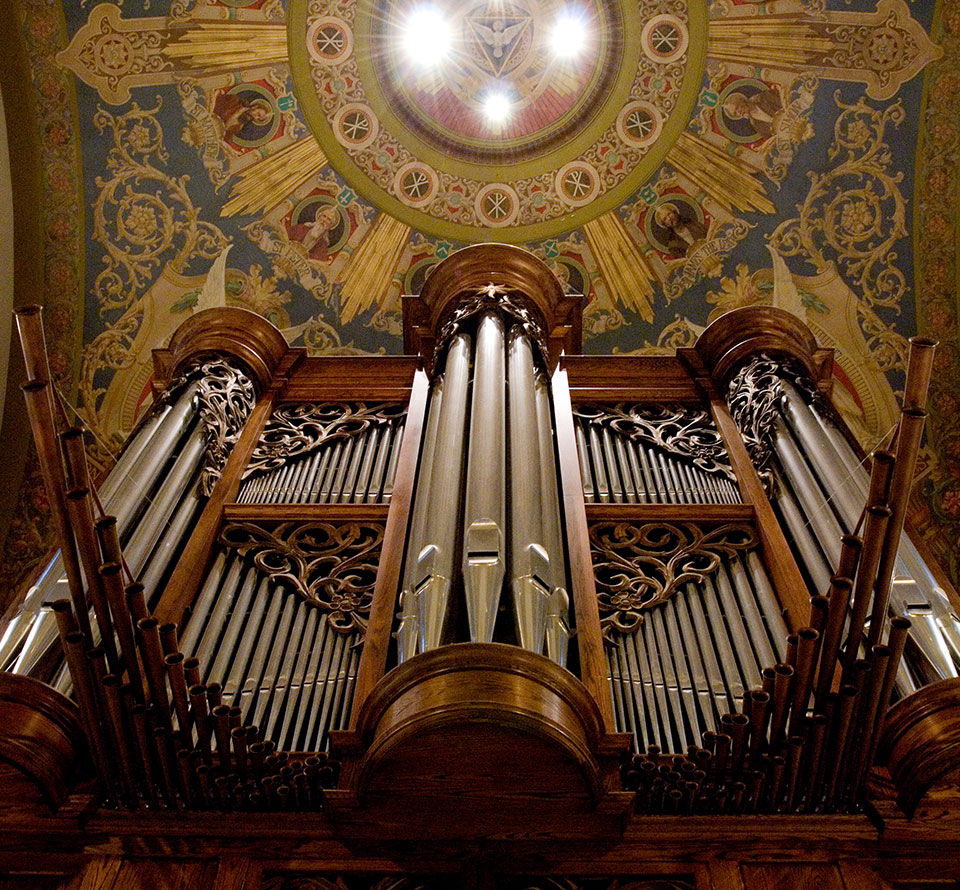 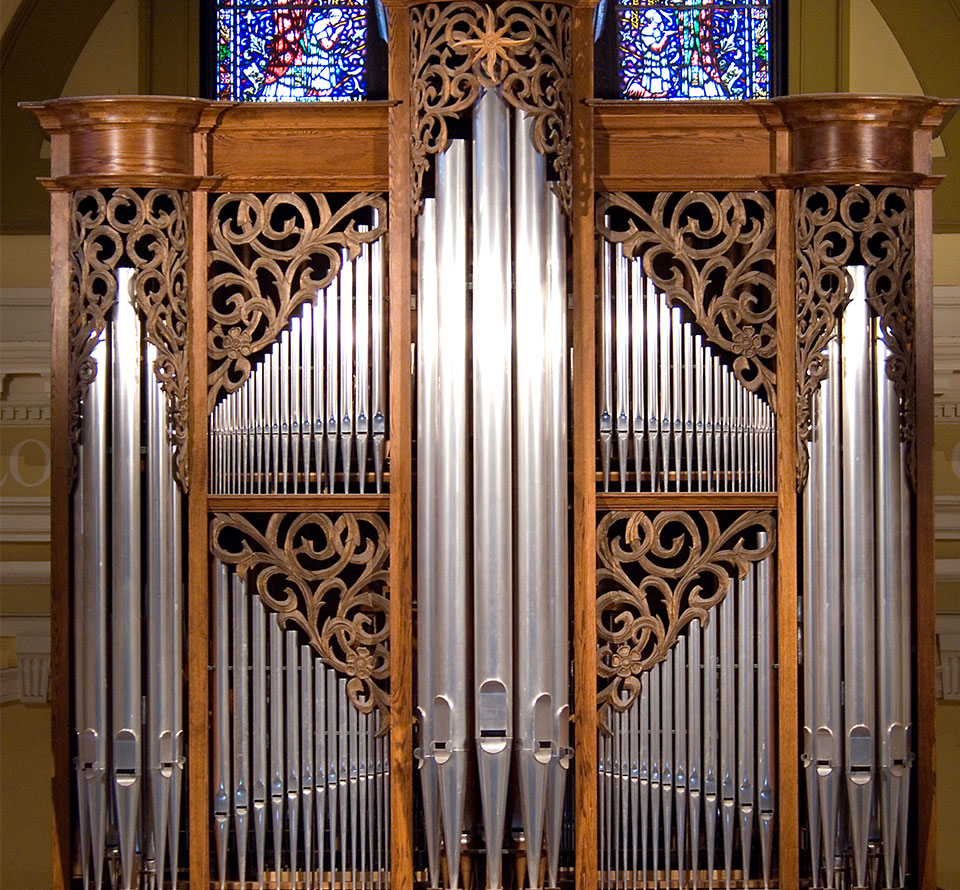 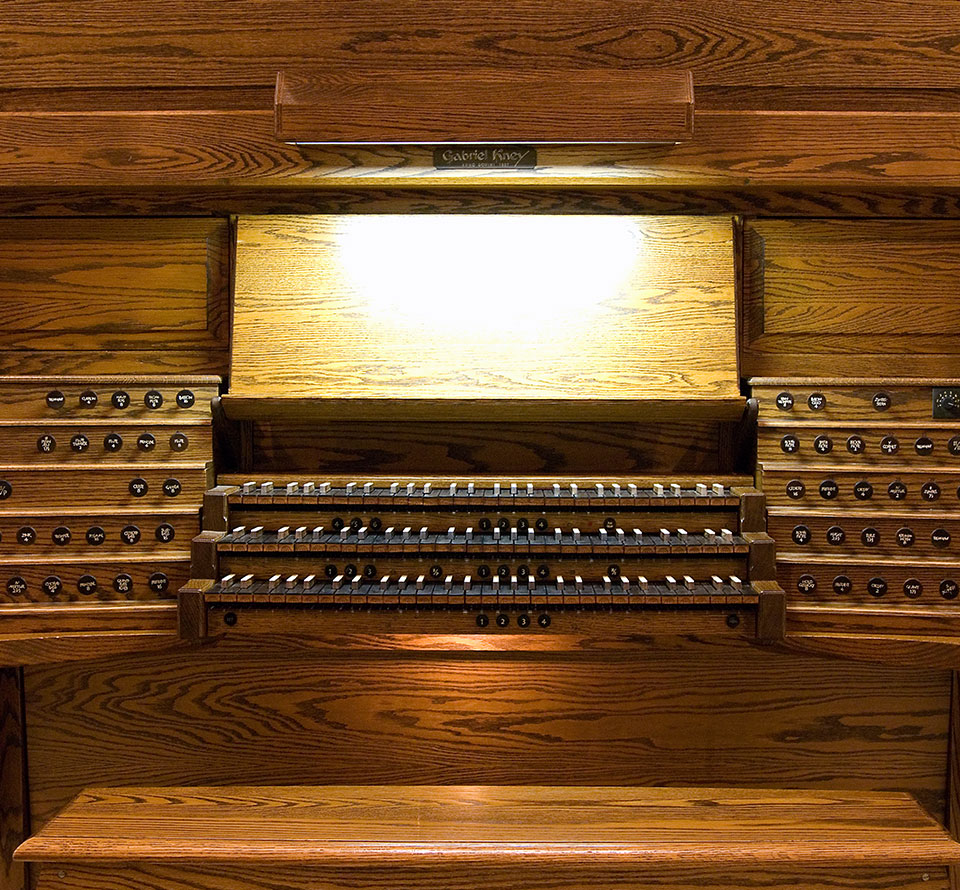 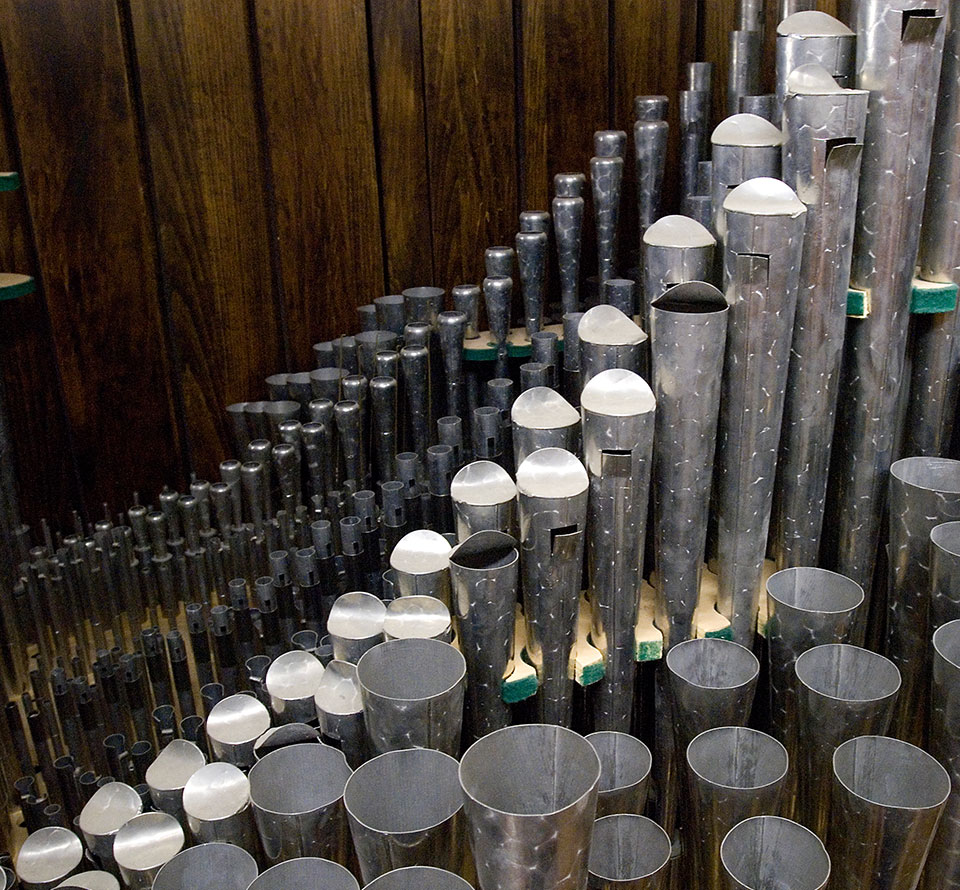 When the Chapel of St. Thomas Aquinas, designed by Emmanuel Masqueray, was completed in 1917, a two-manual Kilgen organ was installed in the rear gallery, this organ was enlarged and the console replaced in 1949.

In 1984, the Presidend of the College, Msgr. Terrence J. Murphy, appointed an organ committee from the Department of Music to select a builder and design a new instrument for the chapel. The committee consisted of Merrit Nequette, chair of the Department of Music, James Callahan, composer and organ instructor, and Robert Strusinski, director of the Liturgical Choir.

The academic use would require an instrument of larger proportions than might be necessary if the liturgical use were the only consideration. Based on this rationale, the following decisions were made: the organ would be mechanical action with three manuals. The tonal design would support performance of literature of various periods. It would be tuned in equal temperament.

After considering a number of organ builders, the committee engaged John Ferguson from St. Olaf College as a consultant. The committee, after further deliberations, chose Gabriel Kney of London, Ontario.

Almost a year after the initial decision had been made by President Murphy to install a new chapel organ, Robert S. Asmuth, an alumnus of the College, made a donation to cover the cost of the instrument.

The new organ was to be placed in the rear gallery where the old organ had been. however, it was discovered that the center of the balcony could not support the weight of the new instrument. Thus it was determined that the organ/choir would be moved to the area behind the wood screen, and the tabernacle, which had occupied that space, would be moved to the east transept. With this larger space, the organ was re-designed, adding ranks that had not been possible in the gallery proposal. The result is a three-manual instrument with 41 stops of 56 ranks, with a total of 2787 pipes. The manual compass is 58 notes, and the pedal compass is 32 notes.

Gabriel Kney is firmly convinced that an organ builder must be well-versed in both the liturgical and concert organ literature. Thus, the organ which he designed for the chapel effectively accompanies cantor and choir, and provides strong leadership in hymnody and acclamations of the assembly. It also enables the organist to play a broad range of literature.