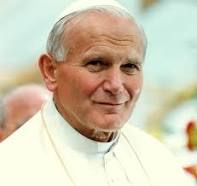 ‌The Siena Symposium for Women, Family, and Culture is an interdisciplinary faculty group, founded at the University of St. Thomas in 2003 by professors of law, business, philosophy, theology and others interested in developing the new feminism called for by John Paul II in his 1995 Encyclical "The Gospel of Life." The founding co-directors were Deborah Savage (2003- ) and R. Mary Hayden Lemmons (2003-2016). The organization was named for St. Catherine of Siena, a medieval philosopher and theologian, whose love for the Church and impact on the culture of her time was acknowledged by Pope Paul VI when he named her a Doctor of the Church in 1970.

Our work primarily focuses on understanding the transformative role of woman in our world and how she can collaborate with men to build the civilzation of love by strengthening the bonds of love within families and by restructuring economic, social, legal, and cultural institutions to better respect the person.

As part of our mission we seek to support women and their collaborators build the civilization of love through scholarship and education; so that culture can be transformed to better support life. This task was set before us by St. John Paul II in his encyclical The Gospel of Life (Evangelium Vitae), 99:

"In transforming culture so that it supports life, women occupy a place, in thought and action, which is unique and decisive. It ‌depends on them to promote a 'new feminism' which rejects the temptation of imitating models of 'male domination' in order to acknowledge and affirm the true genius of women in every aspect of the life of society and overcome all discrimination, violence and exploitation."

The Holy Father's profound insights on the need for a new feminism inspire us to seek a faithful and deep understanding of the nature of woman and the complementarity of men and women so as to facilitate the collaboration necessary for building the culture of life and making the world more humane.

We are persuaded that men and women are called to make history together and that, if that history is to constitute genuine progress toward authentic human flourishing, we must discover anew what it means to be truly human – rational creatures embodied as man and woman – with a shared responsibility to serve as stewards of the earth and its inhabitants.

The Symposium has organized many conference and workshops over the years; our activity was initially funded by the Ireland Fund, Beyond Career to Calling, a project of the Lilly Endowment Foundation; the Terrence J. Murphy Institute for Catholic Thought, Law and Public Policy; the Saint Paul Seminary School of Divinity; the College of Arts and Sciences, the Archdiocesan Office of Marriage and Family Life; and, most crucially the Center for Catholic Studies, without whose continued support the Symposium's work would not be possible.