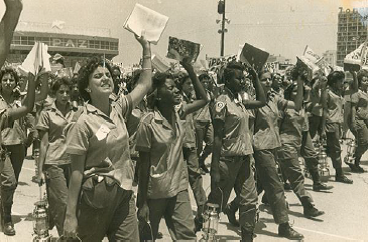 In 1961, over 350,000 young Cubans, the majority of whom were women, volunteered for the National Literacy Campaign.  Despite the Bay of Pigs invasion, launched during the Campaign, Cuban youth were able to reduce the nation’s illiteracy rate to less than 4% in one year.