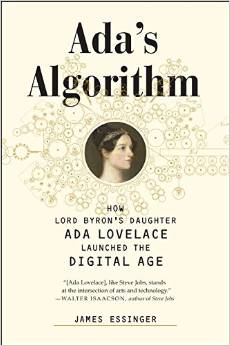 Over 150 years after her death, a widely-used scientific computer program was named “Ada,” after Ada Lovelace, the only legitimate daughter of the eighteenth century’s version of a rock star, Lord Byron. Why? Because, after computer pioneers such as Alan Turing began to rediscover her, it slowly became apparent that she had been an overlooked figure in the invention of the computer. In fact, Ada wrote what is today considered the world’s first computer program—despite opposition that the principles of science were “beyond the strength of a woman’s physical power of application.” Based on ten years of research and filled with fascinating characters and observations of the period, not to mention numerous illustrations, Essinger tells Ada’s story in unprecedented detail to absorbing and inspiring effect.