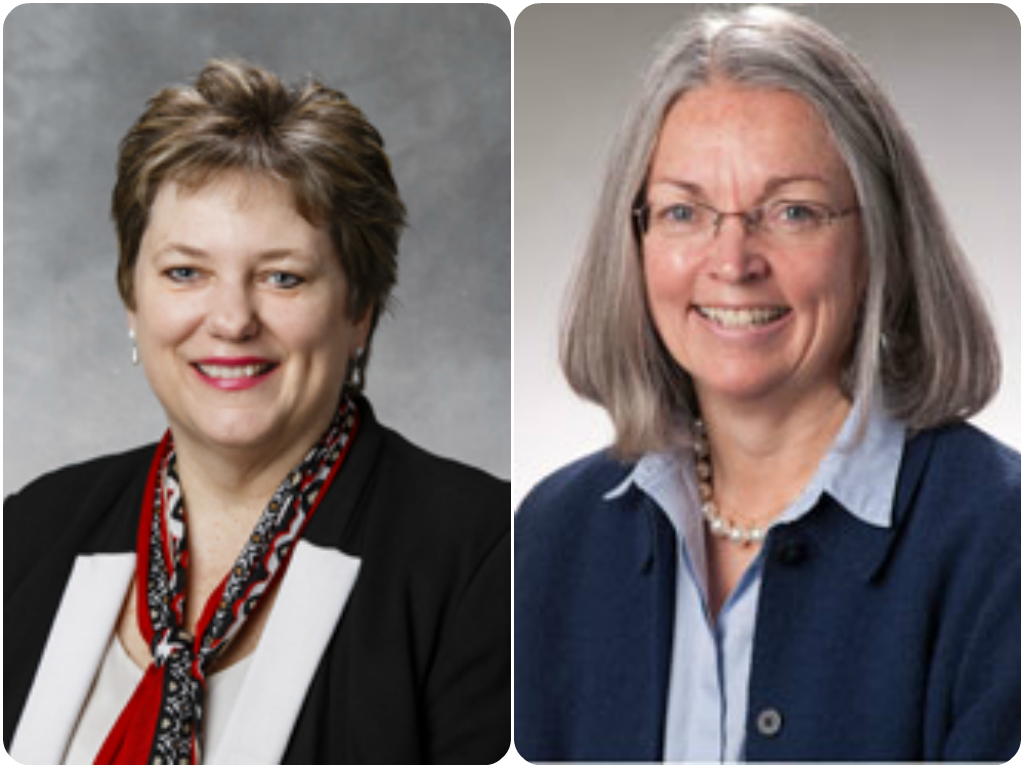 Please join us for this month's joint Feminist Friday talk by Vice President of Student Affairs Dr. Karen Lange and Director of Counseling and Psychological Services Dr. Geraldine (Jeri) Rockett as they address their journeys at UST as women leaders.

Holding a doctorate in Counseling Psychology from the University of Pennsylvania, Dr. Rockett did her master's degrees in Counseling and in Community Health Education at Southern Illinois University. She is married to John Hershey, the former UST Neighborhood Liaison for over 30 years, and has two young adult sons who both live in New York. Following family tradition, they work in counseling and education. For about 6 years, they had worked as on-call catering staff, which meant that all four family members worked for St. Thomas!