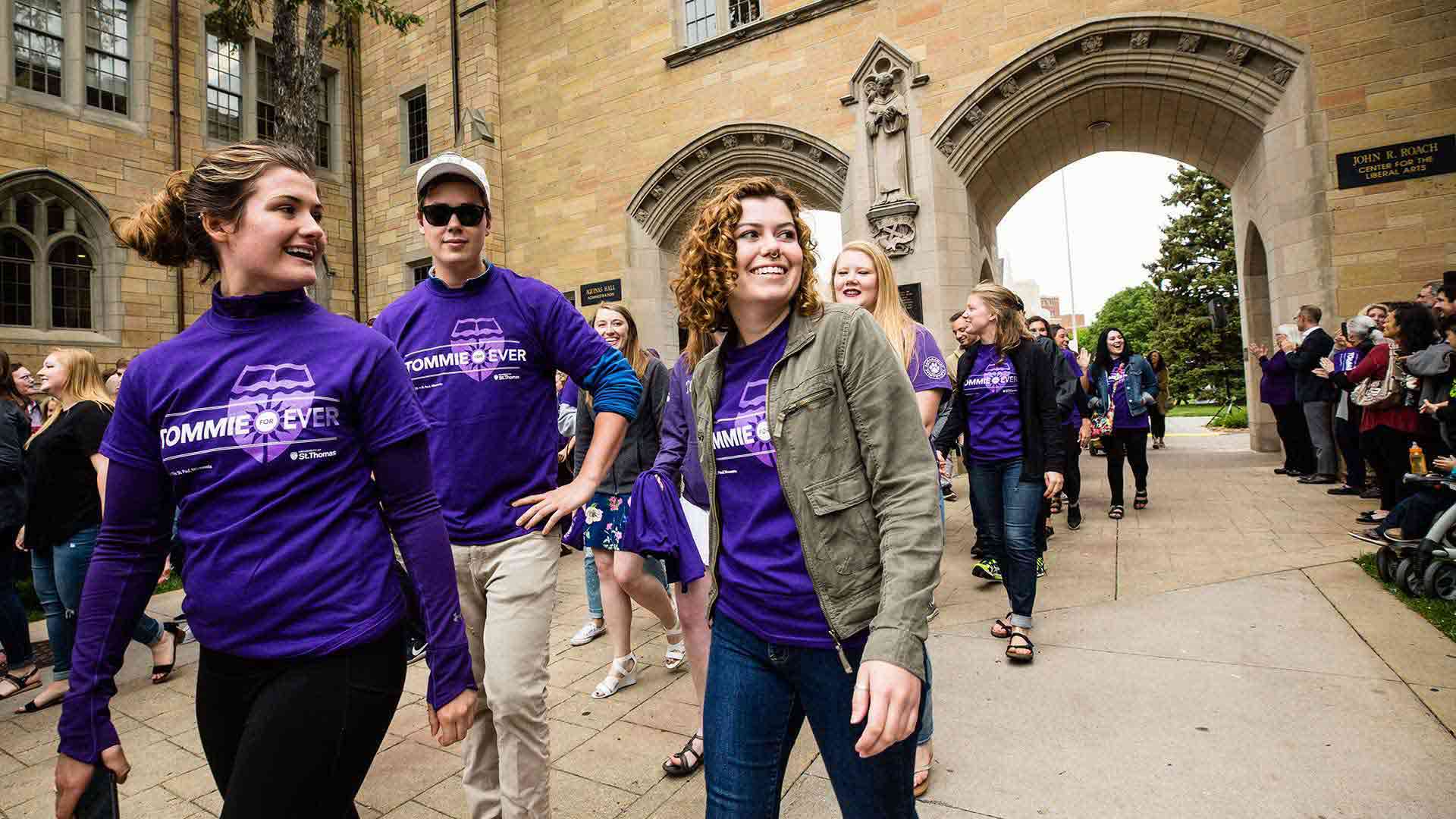 How far you go depends on where you go

We’re the largest private university in Minnesota, with more than 10,000 undergraduate and graduate students and 115,000+ alumni. Eight schools and colleges offer 150+ undergraduate majors and minors and 55+ graduate degree programs.

Our founding was inspired by Catholic intellectual tradition, a 2,000-year-old practice of uniting faith and reason to explore the world. As a Catholic university, we develop future leaders of all faiths looking to make a positive impact on the world. And, we are the only academic institution in Minnesota to be designated a “Changemaker Campus,” meaning social innovation, entrepreneurship and caring for the common good are built into everything we do. Our three campuses in St. Paul, downtown Minneapolis and Rome, Italy, offer unique learning and living opportunities. 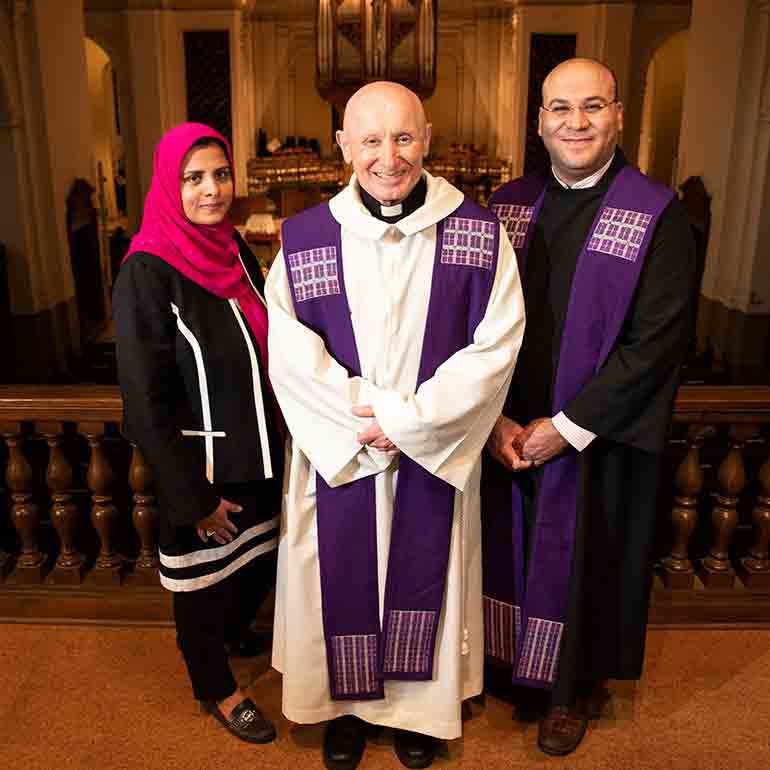 Inspired by Catholic intellectual tradition, St. Thomas educates students to be morally responsible leaders who think critically, act wisely, and work skillfully to advance the common good. As a community, we are committed to our convictions: the pursuit of truth, academic excellence, faith and reason, dignity, diversity, personal attention and gratitude.
Visit the Office for Mission 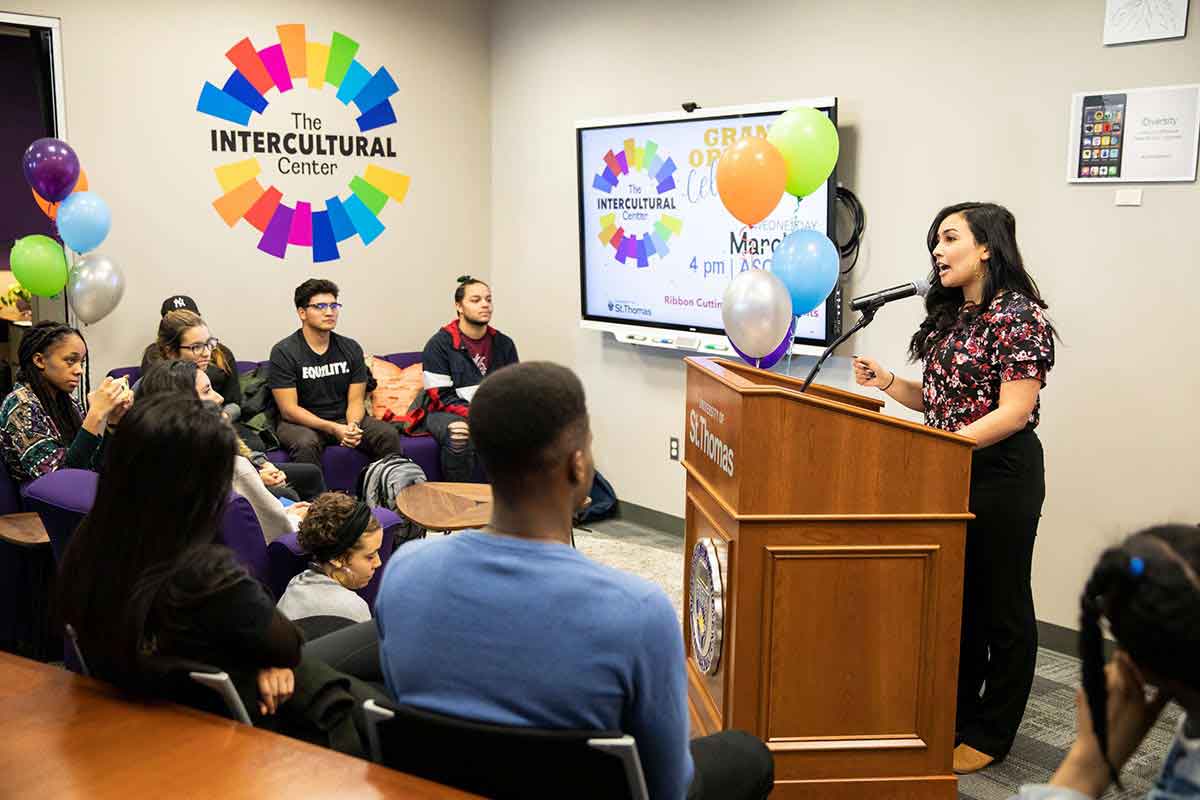 Our Commitment to Diversity, Equity, and Inclusion

Our community is committed to embodying and championing a diverse, equitable and inclusive environment. We believe that each of us is called to protect and enhance human dignity. That’s what it means to be “all for the common good.”
Our Commitment to Diversity, Equity, and Inclusion 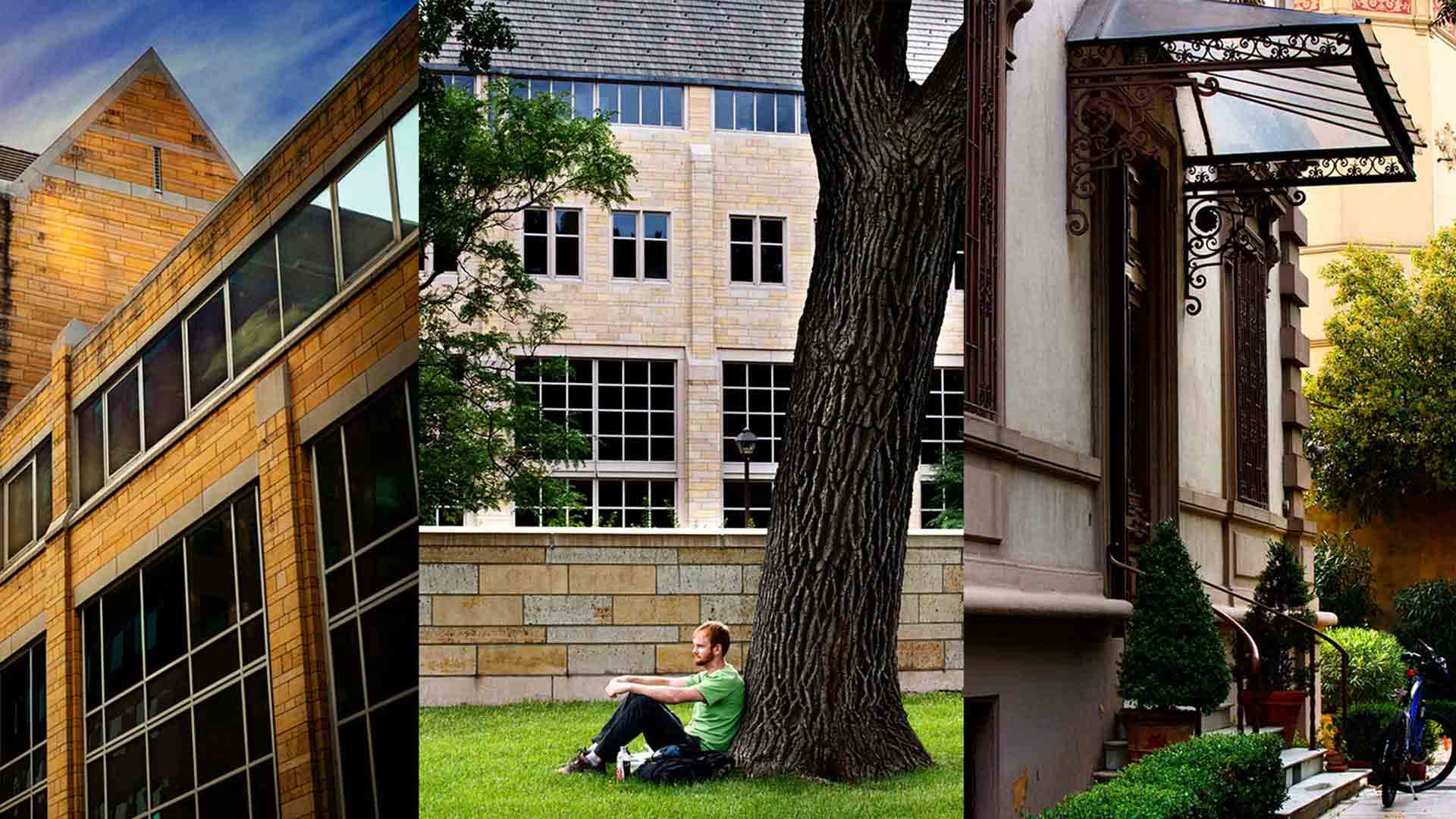 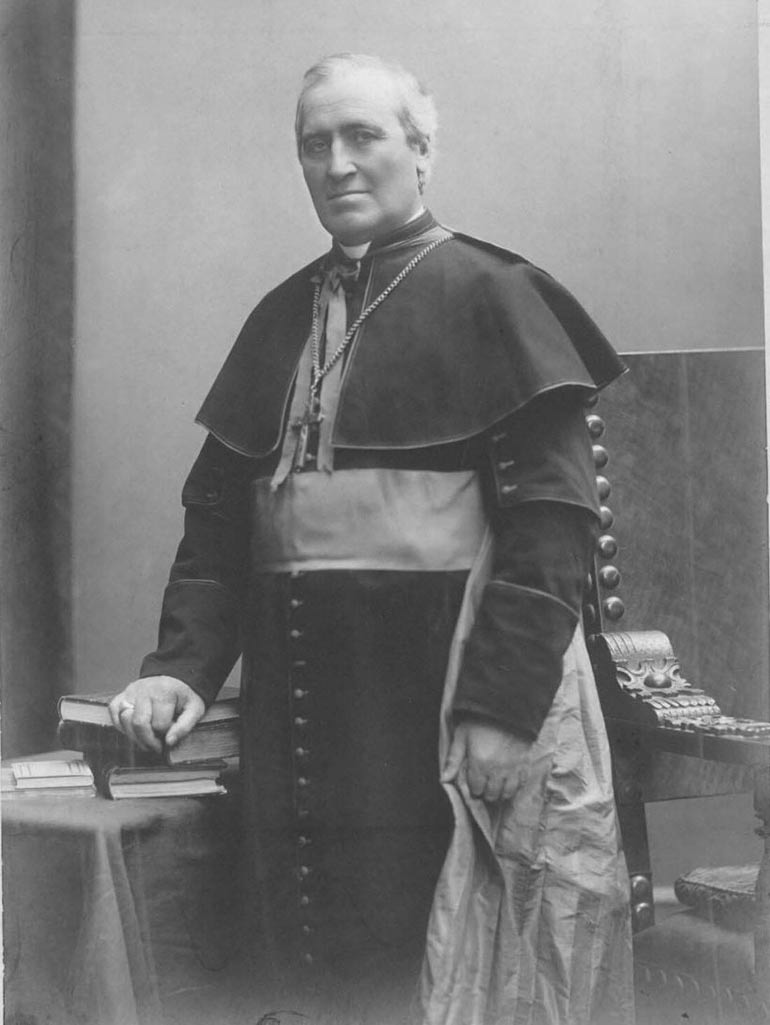 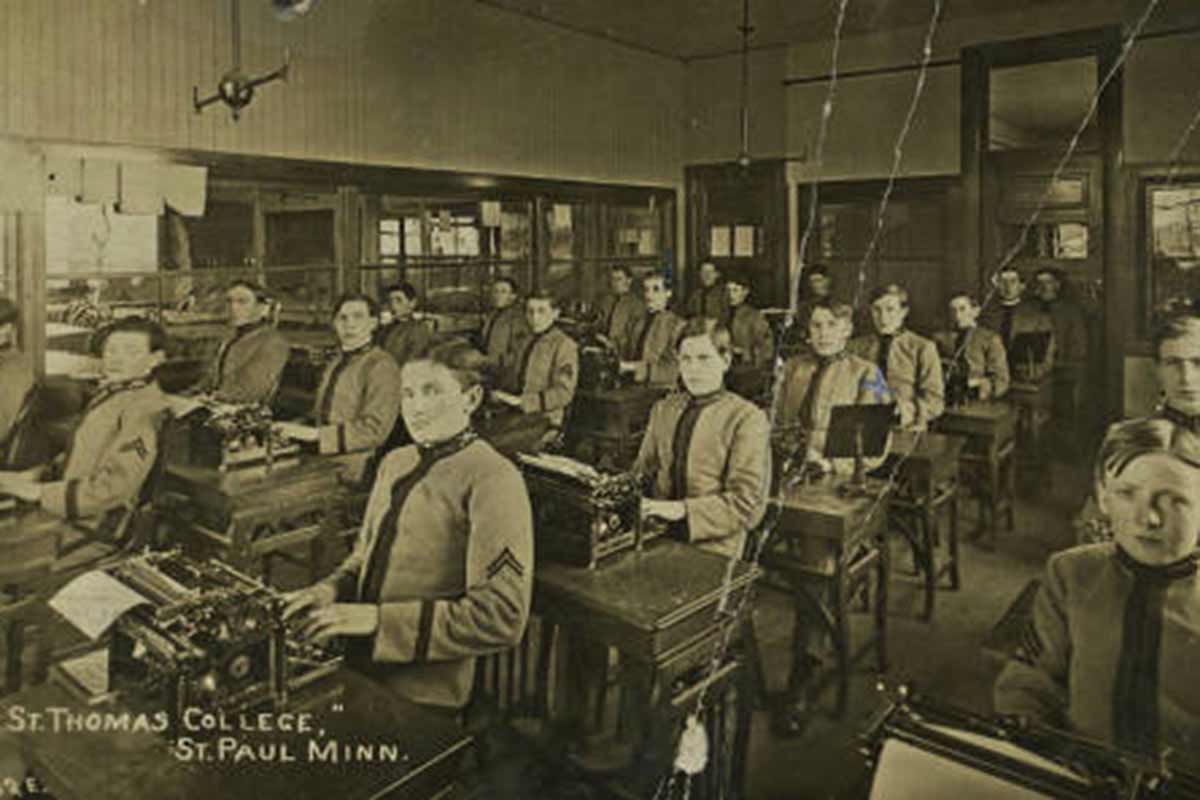 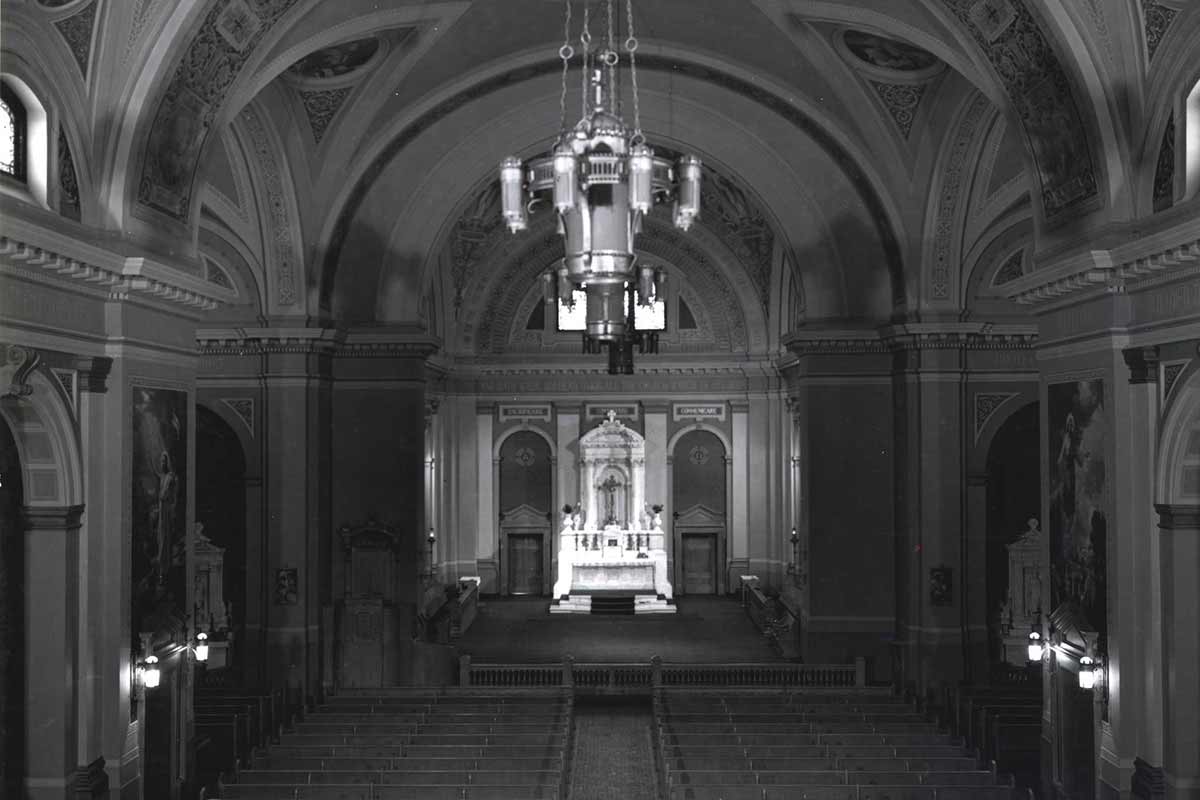 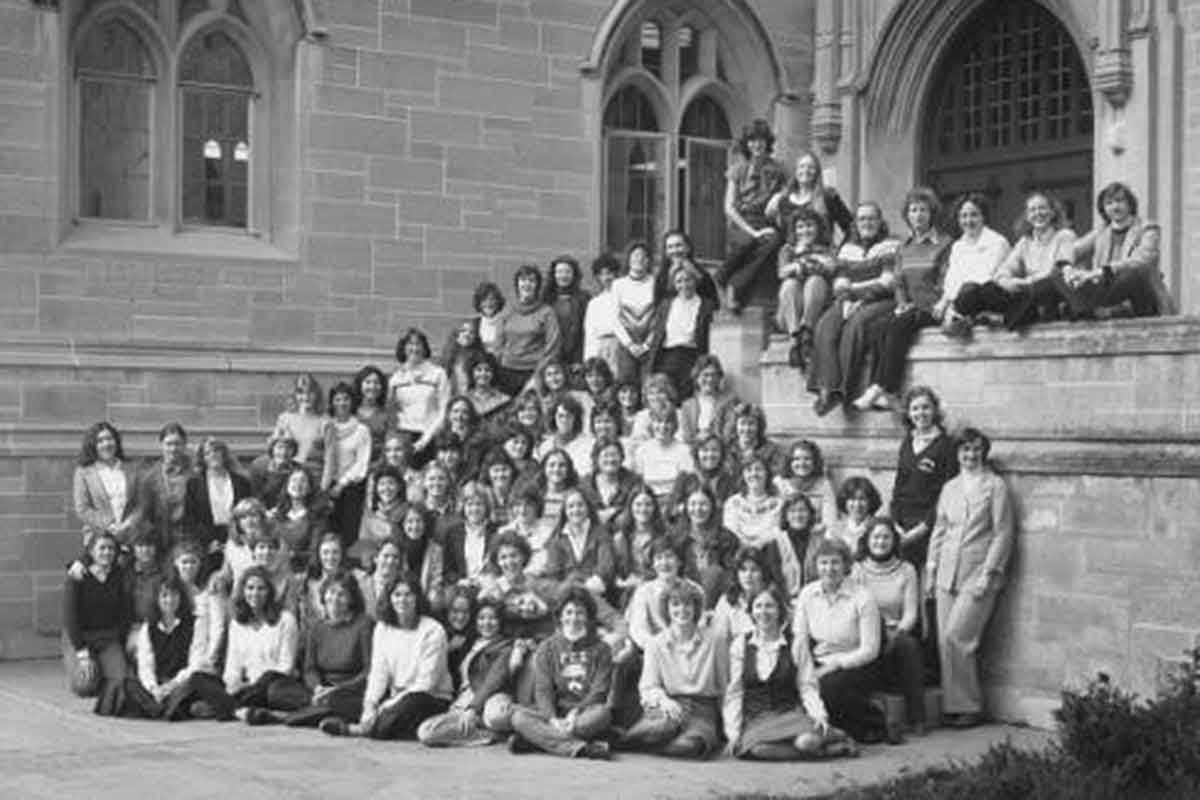 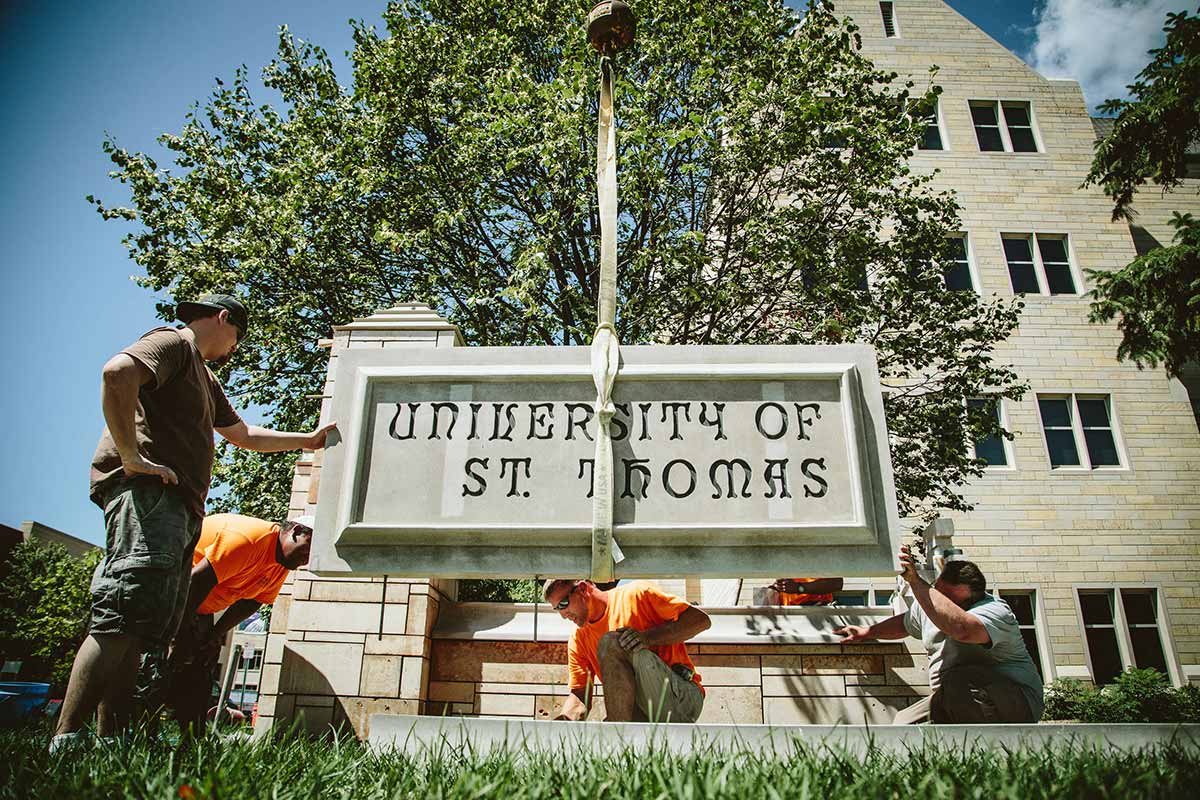 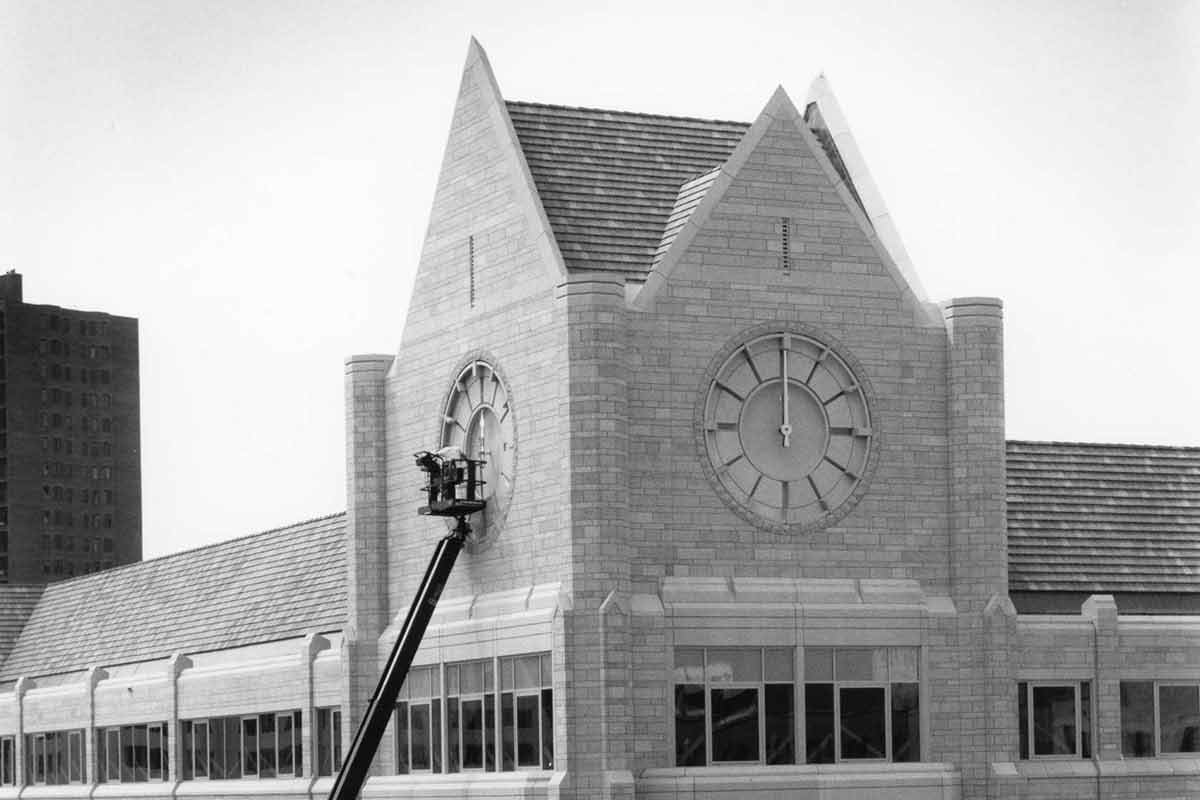 Archbishop John Ireland founded St. Thomas in 1885 as a high school, college and seminary to provide high-quality education for Catholic immigrants who were suffering social and economic hardship. His legacy lives on in today’s university - one that welcomes all faiths, races, nationalities and genders, and is committed to making the world a better place through empathy, understanding, intellectual rigor and innovation.

From 1910 to 1919, St. Thomas separated its college and high school, awarded its first bachelor’s degrees and received academic accreditation.

"War Vets Jam St. Thomas Campus," read a 1946 newspaper headline. Thanks in part to the GI Bill, enrollment topped 2,200. To accommodate the surge, the college acquired 26 government-surplus buildings, including 20 double-dwelling huts for married faculty and veterans.

St. Thomas became coeducational in the fall of 1977, enrolling its first 211 women undergraduates.

1990s: From College to University

In the 1990s, the college became a university with an undergraduate, liberal arts college and several graduate programs.

In 1992, it also opened its first Minneapolis campus building, named Terrence Murphy Hall for the university president. The campus hosts our Opus College of Business, St. Thomas Law School and School of Education. 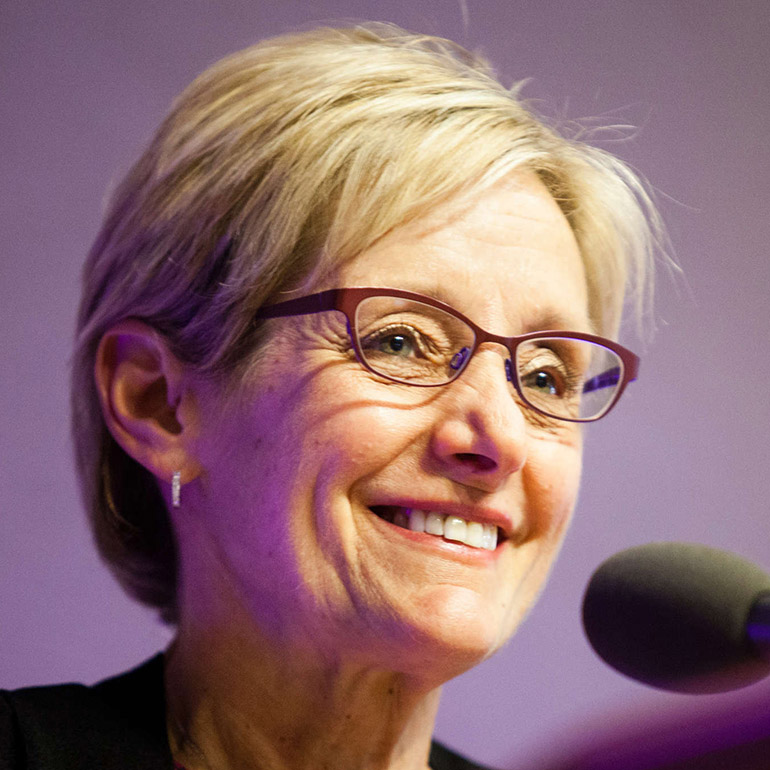 Meet our President, Dr. Julie Sullivan. Read her bio and learn more about her priorities for the university, including the St. Thomas 2025 Strategic Plan.